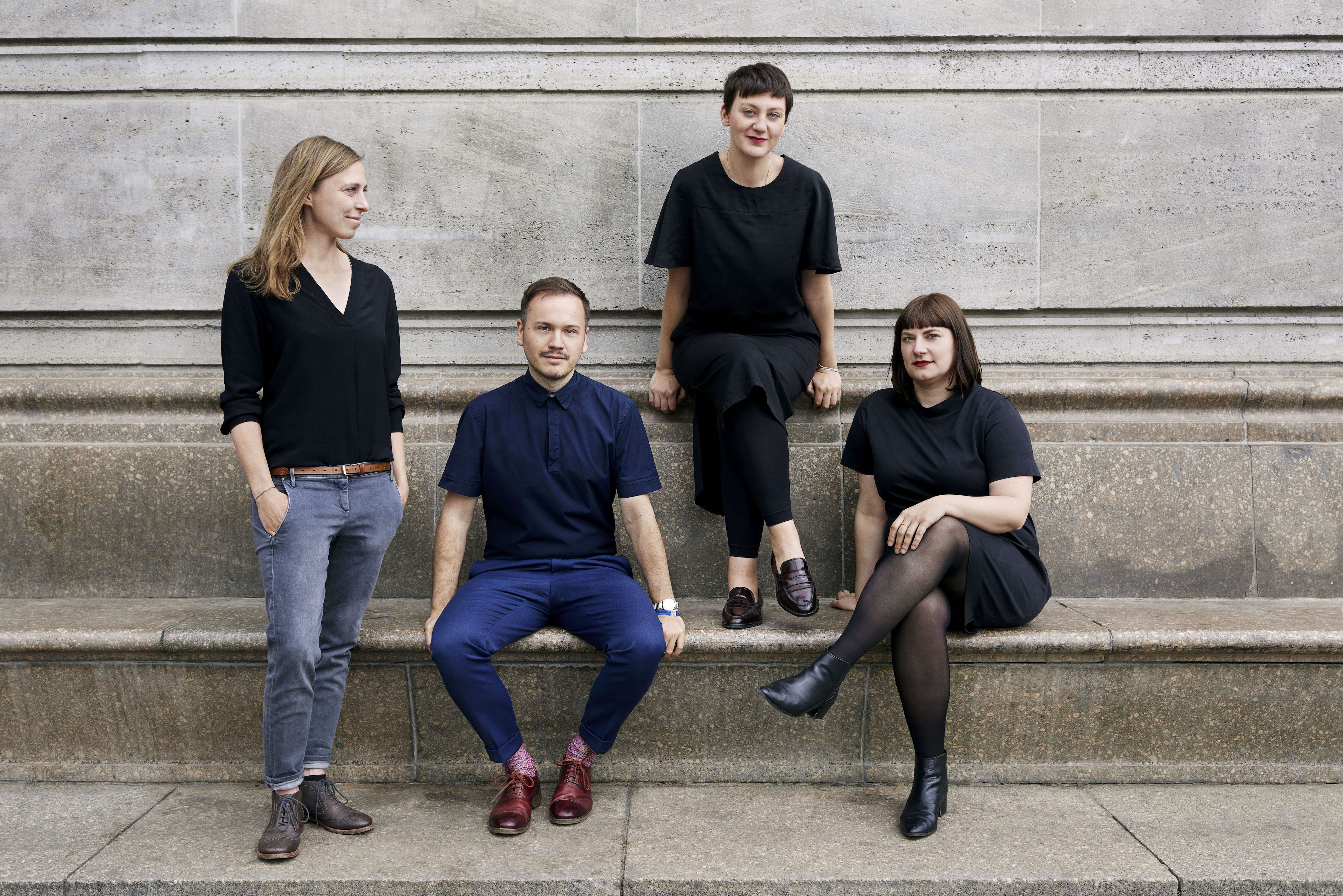 Neue Berliner Räume is a nomadic project space in Berlin that was established in 2011. NBR organises cultural projects in various places across the city, consciously foregoing working from a fixed space.

The exhibitions and projects of NBR are directed towards the historical, societal, affective and architectural contexts of various places in the city, sharing these investigations with a broad public. This is accompanied by thematically-focussed group exhibitions and the presentation of selected solo positions in contemporary culture.

NBR is a non-profit organisation run on a voluntary basis by Sylvia Sadzinski, Valerie Senden, Manuel Wischnewski and Marie Wocher – in cooperation with a constantly growing ensemble of contributors of various disciplines. NBR’s interdisciplinary projects have featured in various festivals, including the International Literature Festival and the Project Space Festival Berlin, and are often developed in close collaboration with partners such as C/O Berlin, Kunsthaus Dahlem or Freie Universität Berlin. In 2015, NBR was given the Project Space Award by the Senate Department for Culture of the City of Berlin.

Not least, NBR’s program is structured around an effort to experience Berlin in ever-new ways, to remain curious, and to facilitate a shared process of learning about this city.

Sylvia Sadzinski studied European Cultural Studies in Bremen (Germany) and Valencia (Spain), and Literature and Cultural Studies at the Europa-Universität Viadrina Frankfurt (Oder) (Germany). She curates, researches and teaches, above all on queer-feminist topics and the relationship between visual representations and affects, bodies and sexualities.

Valerie Senden studied German Literature, hilosophy, English Studies and American Studies at the Universität Potsdam and the Humboldt-Universität zu Berlin and the Università degli studi di Torino in Italy. Her interests lie above all in the constitution of public spheres. She works in Berlin in the fields of communication for an international NGO.

Manuel Wischnewski studied history, Political Science, English Studies and American Studies at the Universität Potsdam, and completed his Master in Early Modern History at the University of Manchester (UK). In Berlin he works as a writer for a number of magazines and newspapers, and develops communication projects for institutions in the fields of culture and media.

Marie Wocher studied graphic design in Arnhem (The Netherlands), and completed her Master in Media Design and Communication at the Piet Zwart Institute in Rotterdam on knowledge processing in the internet. She is interested in the influence of new media on our information-based society. In Berlin she works as Art Director for a number of magazines and book publications.